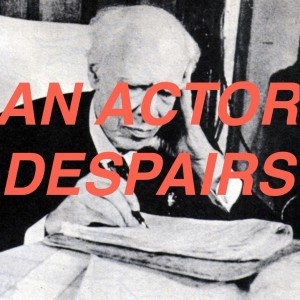 An Actor Despairs stages a discourse between Stanislavski, the great theorist of modern acting, a ‘real’ performer and a CGI actor. The parts of this trinity attempt to merge and separate from each other, the debate continually struggling to define notions of truth, presence and representation.