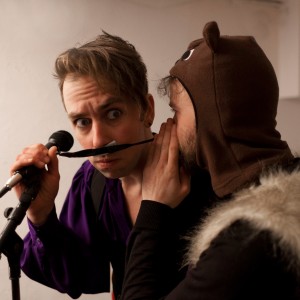 “Do you count yourself among the contented or the afflicted?”

The title role will be played by a secret guest performer, unique to each date.

Don Quijote is a playful study of someone who follows their dreams without forethought or fear. It is about standing up for what you believe, regardless of recrimination from a cynical world.

Central to this interpretation of the story is that Don Quijote can be represented by anybody; regardless of gender, age or physical ability. Joining the secret guest performer will be three performers, the core devising company, consisting of a two time Fringe First award winning theatre-maker, a musician/visual artist, and a dancer.

The performance has been developed as part of Camden People’s Theatre’s Starting Blocks scheme, with support from The Albany Theatre and Shoreditch Town Hall.