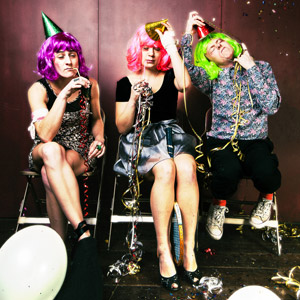 From the ‘hot young company’, Guardian, that sold out the National Theatre in 2012: a razor sharp, slightly dark three-way battle to the death, and hilariously confused call-to-arms. Gym Party is an epic tale of hopeless determination: the brilliant, terrible, universal human desire to win, and go on.

Anarchic, comic and thoughtful, it speaks to anyone who frets about the state of the world, then gets distracted by a dumb celebrity tweet.