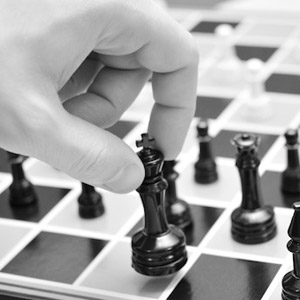 World premiere: a conversation between Samuel Beckett and John Cage over a game of chess, by Victoria Miguel. While drinking, smoking and discussing friends and ideas—punctuated by the narrator’s clumsy interpretations—they play the game of chess described in Beckett’s novel Murphy providing the structure for the first performances of a new digital version of Cage’s composition Reunion, commissioned for this production by The John Cage Trust. Asking, and answering, the narrator’s question: could the game from Murphy be used as the structure for a performance of Reunion?

Supported by the Robert Rauschenberg Foundation and The John Cage Trust.