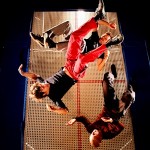 Circus Post will be screened on a loop and available to watch everyday of the festival at any time for free, just drop in!

Circus Post is a series of short films contextualising the development of contemporary circus over the past 40 years, as it has moved away from traditional big tops, and into theatres, and back again, in Europe, the UK and beyond. 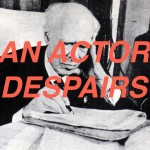 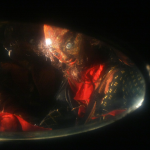 Enjoy an evening of screenings showcasing some of the best Polish short films from the Adam Mickiewicza Institute.

During night screenings you could see: “full of surreal humour, this pure nonsense story about males and females is modelled, as declared by its author, on real life” (The Chick), “inspired by Stanisław Lem’s novel Return from the Stars, an amusing story about an astronaut who suddenly and unintentionally comes back to earth after quite a long stay in interplanetary space” (Return) or how “the masters of puppet animation create a world suspended between the future and the past, full of weathered props and a sultry carnality” (The Mask). And much more! 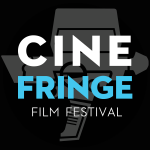 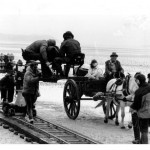 Shot twenty five years ago 'Play Me Something' is, today, widely recognised as a masterpiece. Winner of the Europa Prize at Barcelona (1989), it was ignored by British critics.

Filmed on the Hebridean isle of Barra and in Venice, it features Tilda Swinton, Hamish Henderson, Liz Lochhead and Margaret Bennett. Experimental, modernist, politically challenging, this film links Gaelic culture with Italian folk tradition: beautiful, philosophical, sexually dynamic, intellectual, deeply moving, here is cinema with an eye on the future. John Berger, at the height of his powers, tells a story 'that will have to be seen to be imagined'. See Tilda and die. 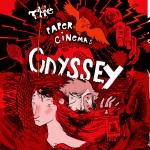 Raging storms and supernatural forces prevail over one man’s almighty quest to get home. Immerse yourself in a journey through the high seas, soak up the adventure and encounter danger and exhilaration. Homer’s cornerstone of literature is vividly told with beautiful illustration and masterful puppetry. Cinematic projection and cunning tricks transform a suitcase full of cut-out paper puppets into an array of living characters and striking landscapes. A silent film is created before your eyes, set to a captivating live score from exceptional musicians. A Paper Cinema and Battersea Arts Centre co-production. 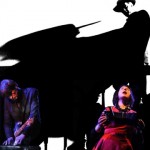 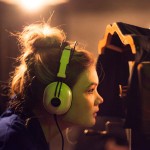 Based on Werner’s film Oculista in which a lone traveller meets a beautiful mysterious girl at a train station, this atmospheric installation takes you on an illusion-fuelled journey to darkly poetic places. Take a peek into a miniature world with this curiously vaudevillian sonic experience, featuring music by Graeme Miller. Tales of Magical Realism was commissioned by Cryptic for Sonica 2012 and sold out.

Sonica: sonic art for the visually minded is a programme of events that presents emerging British talent alongside exceptional international artists.

Part of the Made in Scotland and British Council Edinburgh Showcases 2013. 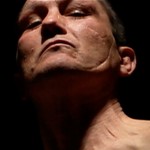 Impulse, pain and loss are exposed with the precision of the surgeon’s scalpel on the 6th and 7th August in Summerhall's Dissection Room. Diving is an explosively beautiful work composed of 9 cinematic movements for violin by uncompromising photographer and film-maker Gavin Evans. A searing shaft of light illuminates the darkest recesses of the human condition as emotion pours onto the frame in slow motion. In a display of unnerving intimacy. Diving explores, reveals and shares suppressed experiences. Every performance is a unique, emotional journey as virtuoso violinist Richard Moore improvises and gives voice to Evans's extraordinary subjects. Diving demands the audience to take a deep breath and look deep within.