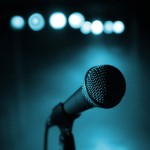 Beyond a Joke. Comedians. Megalomaniacs or Shamans? Debating is challenging Comedy to be the new rock ‘n roll. So, inevitably, here’s a Comedy Debate. In olden days the jester punctured pomposity, defused bullying and bravely spoke truth to power. Nowadays comedians are themselves pompous, bullying, greedy, unacceptable, uncensored demagogues and psychopaths No! Not true! Comedians deserve their fame, money and influence. Laughter is our species’ highest achievement and comedians are the best and the brightest people on earth, today’s philosopher kings or shamans. Star debaters will be chosen from the Festival’s best. 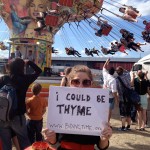 If 'all the world's a stage' and we want to change the world, what does it mean for the stage? BiDiNG TiME - an experiment to share a story around the world and make theatre, acting locally / sharing globally. Thyme is a young woman looking for love, success and the changing weather. What does she really want? Walk with us to Arthurs Seat to share the process/journey or come to a talk about how to get involved. 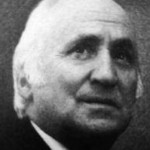 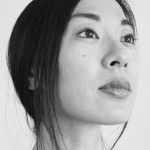 Set on a struggling farm in a fiercely beautiful country teetering on the brink of civil war, this second novel by one of international literature's rising young stars weaves a brilliant tale of family drama and political turmoil. Katie Kitamura is based in New York and has written for numerous publications, including the New York Times, Wired, the Guardian, and Frieze. She was a finalist in the 2010 and 2013 New York Public Library Young Lions Fiction Awards for her debut novel, The Longshot and for Gone to the Forest. 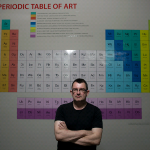 Summerhall's Visual Arts Curator Paul Robertson will be giving guiding tours of a selection of out current exhibitions from the 30th August - 1st September. The exhibitions will include The Vanity Press by Fiona Banner, Images Were Introduced by Michael Nyman, One Hundred Multiples by Laurence Weiner and also one of our permanent exhibitions Phenotype Genotype, a selection works from the Heart Fine Art Archive. 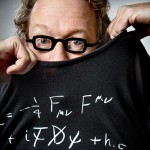 "Before Higgs, symmetry and boredom. After Higgs, variety, excitement and laughter."

HIGGS is a theatrical voyage of discovery with exclusive background stories, unique film footage and live discussions with experts. Jan van den Berg juggles with facts and fiction about the Mini Big Bang at CERN
and tells about the comedy & tragedy of his subatomic love affair with the God Particle .

Peter Higgs will attend some of the performances himself as an interviewee! 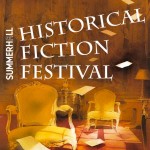 Following the success of the first Summerhall Historical Fiction festival in April, we present a one day event, chaired by the organisers, Allan Massie and Iain Gale, in which they and a panel of authors and historians will discuss the perils, pitfalls and popularity of the genre. Is it a way in to understanding the past or merely irresponsible meddling with the truth? 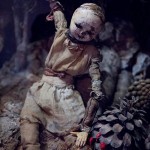 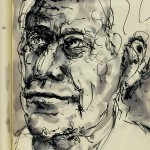 Last of the Heroic Modernists - John Berger in Scotland

For seventy years John Berger has made an outstanding contribution to the Culture of Europe, and Scotland.

Summerhall is proud to present three Public Seminars exploring Berger's work as Artist and Art Critic; as Philosopher and Political activist; as Novelist, Poet and Storyteller. The panel will consist of Anne Michaels, Alasdair Gray, Richard Demarco, Tom Pow, David Kennedy, Manfred McDowell plus a team of outstanding Scottish artists, writers and thinkers. Sessions will be chaired by Timothy Neat. 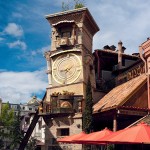 Margins of Truth - On History and Theatricality

Memory always distorts. Theatre is inherently un-real. Is this the perfect combination, or fraught with difficulties? This panel discussion explores the tensions between theatre, history, memory, preservation, and politics; between that which has been left to us and that which is absolutely new. Leading artists discuss. 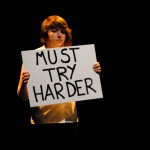 What do we know and how do we learn? Must Try Harder is a panel discussion exploring some of these key themes emerging from Anoesis, the show by award winning young performance makers Junction 25, presented at Summerhall this Festival. Featuring contributions from leaders in learning and teaching, educational policy and philosophy, as well as some of the performers themselves, this discussion seeks to examine the role of formal education and the function of examination for young people today. 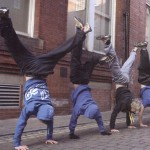 Physical Theatres: what are they, how do they work, what's different about them, do they exist?

Simon Murray teaches Theatre Studies at the University of Glasgow. He was until 2008 Director of Theatre at Dartington College of Arts and has been a professional actor and theatre maker having trained with Philippe Gaulier and Monika Pagneux in Paris in the late 1980’s. He has written on Jacques Lecoq (Routledge 2003) and on physical theatres (with John Keefe) (Routledge 2007). More recently he has published essays on lightness in theatre, on the writing of WG Sebald and its relationship to contemporary performance practices, and on the teaching of Philippe Gaulier and Monika Pagneux. Simon is co-founder and co-editor (with Jonathan Pitches) of the journal Theatre, Dance and Performance Training. 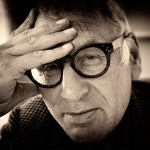 Q & A with Michael Nyman

Michael Nyman will give a rare opportunity to discuss hisart work, photography andmusic in the intimate setting of Summerhall’s Anatomy Lecture Theatre. The Q&A will be followed by a book signing in Hope Park Church, Summerhall.

Tickets are limited so book early to avoid disappointment! 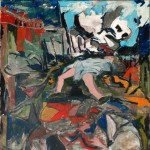 A series of talks by Summerhall founder Robert McDowell.

World Crisis: How to understand Europe in the world? 8 August
Illustrated talk & open discussion of world economics and how Europe's internal
imbalances, its dystopia and low growth matter to the rest of the world?

Culture in Economy: Scotland as a top ten Region of Europe 15 August
Illustrated talk & open discussion of Scotland's culture economy, its strengths and
weaknesses and what we can all do about this?

Art of Political-economy: politics in high art? 22 August
Illustrated talk & open discussion of how high art may or may not be political? 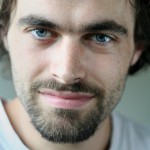 We live in the information age, a time with unprecedented opportunities for connection and distraction. Tom Stafford is a writer and psychologist who studies decision making and has an interest in technology. Headlines often ask if facebook is making us shallow, or google eroding our memories. In this talk we will look "under the hood" of research on how digital technology is affecting us. We will try and chart a course between moral panic and techno-utopianism to reveal the real risks of technology and show how we can cement the great opportunities that it presents for the human mind. 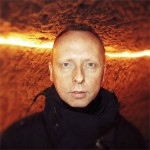 The Joy of Sound

The joy of sound is how it connects us all, like an invisible thread. It’s there in the involuntary toe-tapping to a piece of music in a café, the calming rhythm of waves at the ocean’s edge, the electrical hum of the city embracing us. Sound is almost inescapable. It chats with us even when we don’t feel like a conversation. Sound can be as rewarding as it is stressful, and as joyful as it is painful. It can enhance or ruin your day, so balance is essential. Scanner will talk about retuning your ears, influencing your space, challenging your minds, and playfully engaging with the world around you. 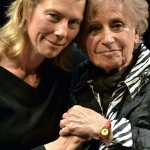 The Tin Ring - Observation and Survival

A pre-performance discussion with Zdenka Fantlova, force of nature, Holocaust survivor and author of The Tin Ring, and Director Mike Alfreds - author of Different Every Night and Then What Happens?

The discussion will focus on the process and practice of The Tin Ring and why adapting this particular witness testimony from a memoir into a performance has relevance for future generations. 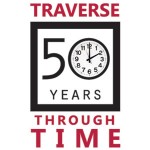 Explore the Traverse Theatre's dynamic fifty-year history through a series of talks by theatre practitioners and scholars illuminating the founding days and reflecting on the Traverse's history, influence, and future. For specific speakers, dates and times visit the traverse through time website.

In celebration of the Traverse Theatre's fiftieth anniversary, travel back through time and relive the early days with an exhibition of exciting theatrical artifacts, complementing the Traverse Through Time lecture series. 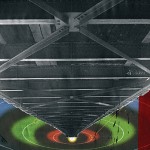 Contradiction has long been understood to cut right to the heart of drama. But what is contradiction if not impossible? And what changes if we think about impossibility with regards to drama and performance? This panel discussion will look at these questions, with exciting artists whose work pushes the boundaries of what is possible, or stretches contradiction to the limit. A panel discussion.